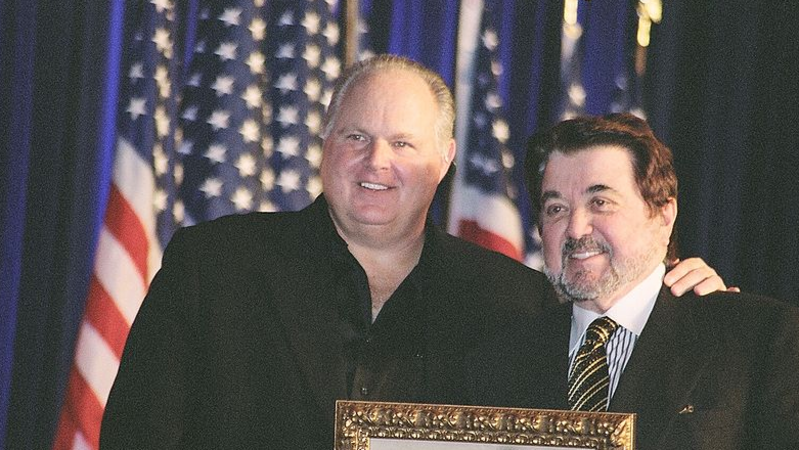 They think they finally have the smoking gun that will bring down President Trump.

And Rush Limbaugh just went on air revealed this one secret that will turn Donald Trump’s world upside down.

Elected Democrats and fake news reporters pounced on comments President Trump made during an interview with ABC’s George Stephanopoulos.

Stephanopoulos asked Trump about accepting foreign “dirt” on one of his political opponents, and the President said he would listen and if it was bad call the FBI.

This was all the left needed to claim Trump was a traitor, un-American, and unfit to be President.

But there was something deeper going on.

And Rush Limbaugh let the cat out of the bag.

Limbaugh told his audience that Trump set the Democrats and the fake news media up.

“So Trump is forcing all these people to go public here with their outrage over just thinking about doing it, saying it’s illegal, it’s unpresidential, it’s un-American, and the day is gonna come where everybody’s gonna know that the Democrats did it, that Hillary Clinton did it. And it’s gonna be very difficult for these clowns have been conniption fits today to walk it all back, once Barr and Durham make their findings clear,” Limbaugh began.

But in doing it allowed Republicans to point out Trump only talked about accepting dirt from foreigners and then reporting it to the FBI whereas in the 2016 election the Clinton campaign colluded with the Russians on the Christopher Steele dossier to spread Russian misinformation about Donald Trump.

While Steele was an ex-British spy, his sources for the dossier were Russian officials – some of whom were linked to Russian intelligence.

There was no media outcry about the Clintons accepting political gossip from a hostile foreign power.

In fact, fake news outlets like CNN welcomed the lies peddled by Russians and used them to try and bring down Trump’s Presidency.

By forcing a discussion on this issue, President Trump is unmasking the fake news media reporters and Democrats as the liars and hypocrites that they are.

Keep following Vetted Sources for any new developments in this ongoing story,